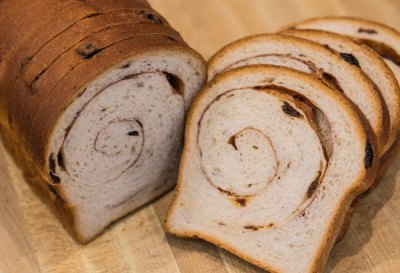 Save $1 on all of our Cinnamon and Raisin Breads

We frost our cinnamon breads fresh each day.  It makes a great breakfast or snack!  Our Cinnamon Bread with its characteristic swirl also makes great French toast.  You can buy it pre-sliced or ask for an unsliced loaf to cut yours extra thick.

Stop in today for some Cinnamon Raisin Bread!

A Brief History of the Birthday Cake

When Should I Order My Wedding Cake?

Popular Christmas Desserts to Try in 2022

Linda's Bakery in the news

Order online for Thanksgiving and get 1 dozen dinner rolls FREE.